Today, after downloading a new version of a Linux distribution, I needed to check MD5 Hash in order to verify if the ISO file had not any error. This is a common task for IT people, for this reason, I would like to share with you the easiest way to get the MD5 Hash in Mac OS X:

After running previous command you will obtain an output like this:

3) Compare MD5 obtained with the MD5 Hash published by distributor (it is common that people who upload the file, also upload the MD5 codes). For example, in my case I checked that my Linux was damaged because these codes didn’t coincide 🙁 so it was necessary to download again.

4) An alternative command to get the same result is: openssl md5 name_of_file. As you can see, it doesn’t matter which command you choose, both of them will return the same hash.

Delete files with a pattern recursively using the terminal

Could not open input file: composer.phar error in Symfony 2. SOLVED. 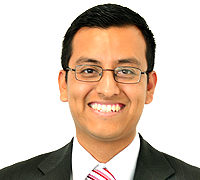